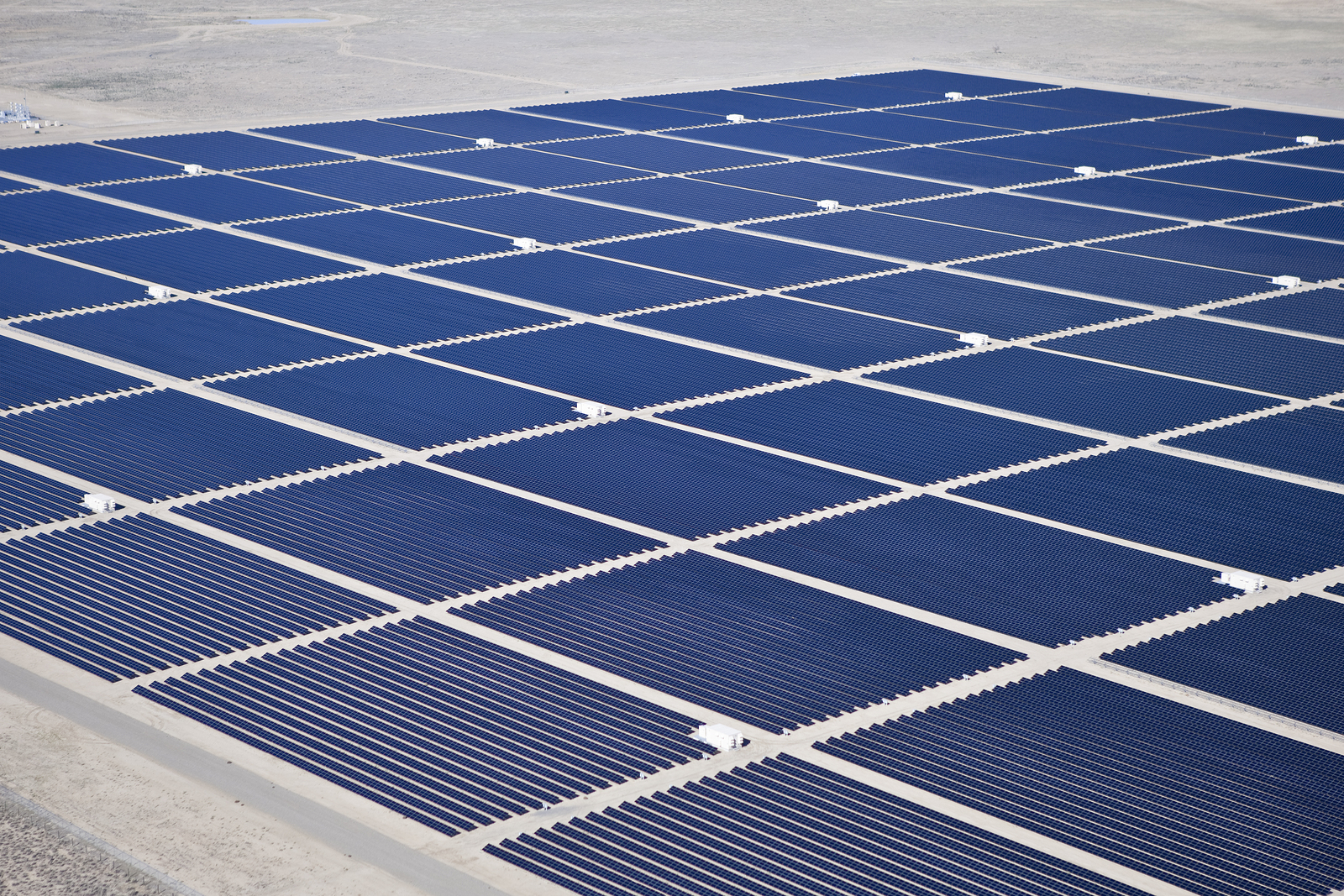 HONE systems have demonstrated the ability to outperform standard Solar PV panels by up to 20 times more kWhrs in December and this is no accident, this is down to the design & strategy of the semi-conductor material. Choosing a panel with the wrong semiconductor approach could lose you millions in lost opportunity on your energy investments in locations that are typically cloudy.

The HONE electric system data shown below for 31st December out performed the leading German Solar PV system with 10 times more output per KW(p) installed and only due to the battery system going full on the HONE customer site, the system performance could easily have been 20 times more kWhr performance per KW(p) installed. Both systems are located in the same area. From approx. the 1st of Dec through the equinox (shortest day) until around the 10th of Jan have really poor light levels in Ireland.

HONE delivers all year round performance and has a significant advantage over our Solar/PVT competitors because we can generate FREE electricity, heating, cooling and hot water all from daylight not sunlight using the same panel. This panel is currently the highest rated worldwide at over 1 MegaWatt Hour of energy production per sqm.

As HONE will shortly announce the launch of our Generation 6 panels with a 15% increase in certified electricity performance, we thought we would look back at our core electricity performance in Generation 5 and how it is performing in Ireland. (Ireland is a reference country for us as it has poor annual sunlight hours and HONE semiconductor cells are tuned specifically for Daylight performance) – See the example below where 60% of the system faces direct west and it still delivered the exact same amount of energy as south facing systems)

If you have a solar panel system installed in Ireland whether 1KW or 1MW, you will be able to directly compare it to HONE (Gen 5) renewable electricity panel performance below.

The obvious visual difference of a HONE solar electric panel is that it is jet black, perfect for planners as it looks invisible. There are also other really important USP’s such as HONE panels don’t need sunlight, don’t have to face south, ammonia proofed, marine grade, corrosion proofed (<-both of these very important from Factory’s and Agriculture locations) and are designed for ultra high wind locations but this post will only looking at historical performance.

We will look at:

The chart below shows five HONE Customer Sites and their performance from April to August 2019. (at the end of this year, we will publish full annual profiles)

It shows the location (A), the actual metered performance of each system per KW(p) installed (B). We then link this to the most local Met Eireann station for Solar Radiation Data (Joules/cm2) (C).

These systems are on domestic homes or associated buildings and picked at random, and none are located in ideal installations but with varied roof directions, shading, etc. This is a significant USP of all HONE Thermal and Electric panels, no need to face south or comply with strict Solar PV orientation rules to get maximum performance.

Now we can see how much energy each system produces over these 5 months and we have used a spread of locations across the country.

You can see that of the 5 system examples, Navan has the highest performance at 570 kWhs per KW(p) installed and that’s just for 5 months April to August. However we know that it is typical to demonstrate live data only from places like Cork or Wexford in Ireland as these locations have the highest solar radiation annually. Let’s look at how you would pro-rata data from your local Met office wherever you are in the country.

We will use Johnstown Castle (Wexford) and also Roaches Point (Cork) as they are both Met Stations recording Solar radiation. (Link to all Met Station historical data on the link further up the page)

From the above chart, we can see that using historical data from Met Eireann, the performance of a Gen 5 HONE system in Wexford and Cork would be substantially higher as the south coast of Ireland has much higher solar radiation. At Johnstown Castle, a HONE system would have produced 608 kWhrs over the 5 months and at Roches Point, 615 kWhrs over the 5 months approximately per KW(p) installed.

We can’t wait to show you what our semiconductor cell technology in our new Generation 6 panels will make you in terms of return on investment with its IEC61215 certification performance improved by 15% over Generation 5 with even better winter performance..

Interestingly, the choice of technology you deploy is highly important and very relevant to your performance and investment returns.

We see data online now showing Solar PV outputs over the 5 month period April- August of 300 kWhrs per Kw(p) installed upwards which is less than half the output of an equivalent HONE system.

For example, taking the Cork solar radiation data and a small difference in performance from a system which has produced 470 kWhrs over this 5 month period. This would be 140 kWhrs per KW(p) installed of lost opportunity. This would have a lost you savings of €11,229 at just 3% annual inflation over 25 years versus HONE in that period April to August in a small 11KW(p) residential system.

On a system of 4MW, this difference would be 560,000 kWhrs per year of lost opportunity versus a HONE system and an eye watering €1 Million of lost revenue assuming a PPA of 4.9 cents and 3% inflation.

AND WE ARE STILL ONLY TALKING ABOUT THE SOLAR PV SHORTFALL FROM APRIL TO AUGUST versus HONE, WE HAVE NOT INCLUDED THE SHORTFALL FROM SEPT TO MARCH IN THESE NUMBERS ABOVE YET…

That lost energy opportunity of 560,000 kWhrs is the same amount of energy required to drive your Electric Cars/Vans/Trucks/Buses 3.7 million kilometers each year for FREE.

Below the data sets from comparisons between a leading Solar PV system and a HONE Electric system on December 31st 2018 in the same location in Mayo (20 mins apart in 2 different houses, same orientation). The HONE electric system out performed the leading German Solar PV system with 10 times more output per KW(p) installed and only due to the battery system going full on the HONE customer site, the system performance could easily have been 20 times more performance per KW(p) installed. (export is not allowed)

Interestingly the weather on this day in this location was pretty horrendous, as can be seen from the total output of the Solar PV system being only 0.06 kWhrs for the whole day. The HONE system however produced a full days electricity requirement of over 10 kWhrs and peaked at 5.9 KW (5,900 watts) of output power while the leading Solar PV system peaked at 0.060KW (60 watts) of power. The HONE systems battery went full  at lunchtime and it could have produced 20 kWhrs over the day.

That’s a staggering 98 times higher power output from HONE versus a leading Solar PV on a horrible wet winters day.

To put this into simple language, the HONE system would produce a whole days electricity requirement on this day, 31st December in just 2 hours and the “leading solar PV system would have taken 166 hours to do the same.

On this day, the 31st December 2018, this HONE system produced 1014% more energy per KW(p) installed than a leading Solar PV system in the same location. That’s the difference between using Daylight and Sunlight as your energy source.

Just to highlight how bad the weather was in Mayo last December setting record lows in light energy, here is the official December weather statement from the MET office below.

Percentage of monthly sunshine values ranged from a low of 38% of the long term average at Knock Airport, Co. Mayo.

Sunshine, lowest monthly total of 11.6 hours at Belmullet, Co. Mayo. (Interestingly, Johnstown Castle had 6.3 hours of sunshine on one day alone in December)

This is why Mayo is a reference location for performance for HONE, it has the lowest light levels in the world including compared to anywhere else in Ireland. (Where else would we demonstrate a true daylight innovation).

In the image below you can see the data between the systems in Mayo for the entire month of February 2019. HONE outperformed a leading Solar PV system by 83% more output per KW(p) installed.

In the image below you can see the data between the systems in Mayo for the entire month of May 2019. HONE outperformed a leading Solar PV system by 14% more output per KW(p) installed.

HERE you can clearly see the Solar PV system is starting to perform in May as it is getting closer to HONE’s performance. In 2019, MAY was the month with the highest solar radiation.

This is the key USP of all HONE energy technology, the staggering performance in winter, the use of daylight energy rather than sunlight. The proof is in the results.

CLICK on the IMAGE below to open the video. This is performance of HONE Electric on a rainy day in the west of Ireland in April. The video shows power of 8.4 KW being produced even though there is heavy rain-cloud and it is raining heavily.

Below is a short video of a LIVE HONE system with battery. This system is designed to fill the battery up during the day and provide free power both day and night. It is classed as a self consumption system. How much of this it can do will depend on location, daily weather and the design of the system.

Copyright © 2003 - 2020 Photonomi Global Group a.r.l. Terms of Use | Privacy Policy
Scroll
We use cookies to ensure that we give you the best experience on our website. If you continue to use this site we will assume that you are happy with it.Ok